We are excited for our Tuesday Night Family Craft please email April at AprilDoby@pgatourtpc.com to reserve your crafts kits today!

Please include the number of kits you will need.Next Tuesday, Ms. April will be hosting a virtual Family Night Craft!

All To-Go Orders on Tuesday, April 7th can add on Complimentary Family Craft Kits. Then follow along with Ms. April via Video on Facebook, on how to construct your craft!

*When placing your order please notify staff of how many kits you will need! For any questions or to pre-order please email April Doby, aprildoby@pgatourtpc.com ... See MoreSee Less

A quick #TuesdayTip with Tyler to improve your impact position! ... See MoreSee Less

You look so grown up young man!! That beard!! ❤️❤️

Members have you seen our Easter To-Go Menu? Head over to the Member Website or the ForeTees APP to view the menu today.

For questions or to place your order please email SouthwindGroceryToGo@gmail.com ... See MoreSee Less 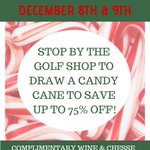 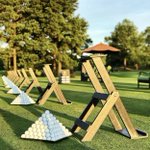 The PGA TOUR, on behalf of the International Federation of PGA Tours, announced FedEx will become the title sponsor for the newly-named World Golf Championships-FedEx St. Jude Invitational, which will move to Memphis, Tennessee, and TPC Southwind beginning with the 2018-19 PGA TOUR Season. FedEx will assume title sponsorship of the event currently known as the World Golf Championships-Bridgestone Invitational, which has been staged in Akron, Ohio, since 1999.

The World Golf Championships consistently attract the most elite and global fields of the year, with 45-50 of the top 50 players in the Official World Golf Ranking teeing it up in the four annual events. With Memphis’ hometown event taking on a new identity as a World Golf Championships event, fans will be treated to the brightest stars in the game like Jordan Spieth, Dustin Johnson, Justin Thomas, Rickie Fowler, Rory McIlroy, Sergio Garcia, Justin Rose and more on an annual basis.

“The World Golf Championships-FedEx St. Jude Invitational is a significant milestone not only for FedEx and St. Jude Children’s Research Hospital, but also the larger Memphis community,” said Patrick Fitzgerald, senior vice president of Integrated Marketing and Communications for FedEx. “We are proud to continue our title sponsorship to benefit St. Jude, and we look forward to the many opportunities and positive economic impact a World Golf Championship event will bring to the city.”

“We are thrilled FedEx has signed on as the title sponsor of this World Golf Championships event. We look forward to working with FedEx and continuing to grow a tournament that it has supported for 30 years and carries one of the most impactful charitable stories on the PGA TOUR,” said PGA TOUR Commissioner Jay Monahan. “The PGA TOUR has had a front row seat to witnessing the impact the St. Jude Children’s Research Hospital has made on countless lives. We are proud to align one of our truly elite tournaments with two brands that are both globally recognized and an integral part of the Memphis community.”

The PGA TOUR has held a tournament in Memphis every year since 1958 with Colonial Country Club playing host until the event moved permanently to TPC Southwind in 1989. FedEx first became the title sponsor in 1986 and has supported the tournament ever since. FedEx has been involved with the FedEx St. Jude Classic for more than 30 years and has helped raise more than $38 million for St. Jude Children’s Research Hospital.

Past champions at TPC Southwind who have also won a World Golf Championships event include Dustin Johnson (2012), Jeff Maggert (2006) and David Toms (2003, 2004). Daniel Berger is the current two-time champion at TPC Southwind, having successfully defended his title in 2017 for his second career PGA TOUR victory.