A conversation between Commissioner Jay Monahan and Harold Varner III ...

Thanks for keeping golf safe and fun, TPC River Highlands! We can't wait for the Travelers Championship in a few weeks. 🏌️‍♂️ ...

Safety remains the top priority for golf courses as more people take advantage of the socially distant outdoor activity. Courses are continuing to adapt so that everyone can play while adhering to state and local safety guidelines. TPC River Highlands in Cromwell has installed E-Z Lyft devices so th...
View on Facebook
·Share

Have a wonderful weekend 🌞 ⛳️We will never get tired of this view 😍🥰 ...

Our golf courses are open and sunnier days are ahead ☀️Beautiful day in San Francisco ☀️ ...

Commissioner Jay Monahan's letter to all TOUR players and employees sent this week:

A time to communicate and search for answers

PGA TOUR Commissioner Jay Monahan wrote this letter to all employees and players this week and approved it for public distribution.

An open and thoughtful conversation between Commissioner Jay Monahan and @HV3_Golf.

An open and thoughtful conversation between Commissioner Jay Monahan and @HV3_Golf. 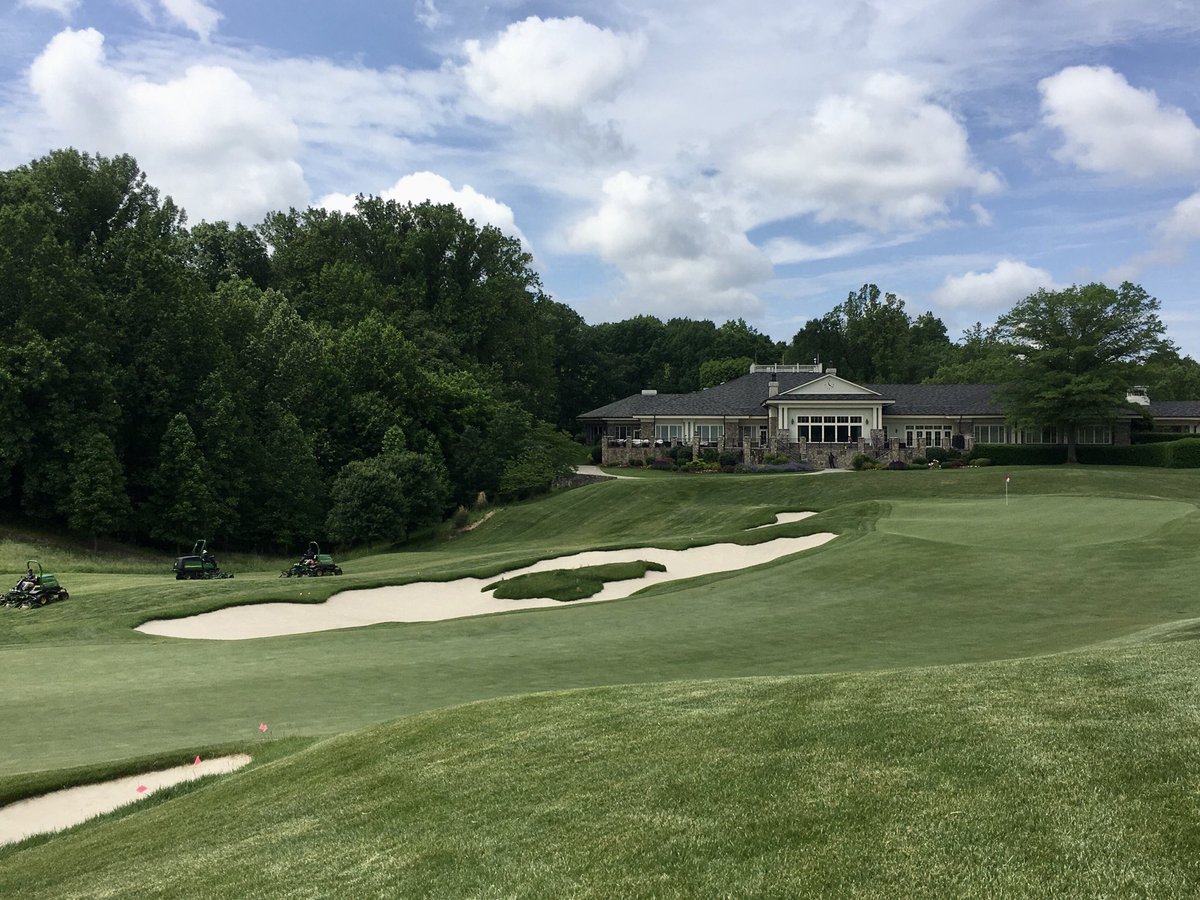 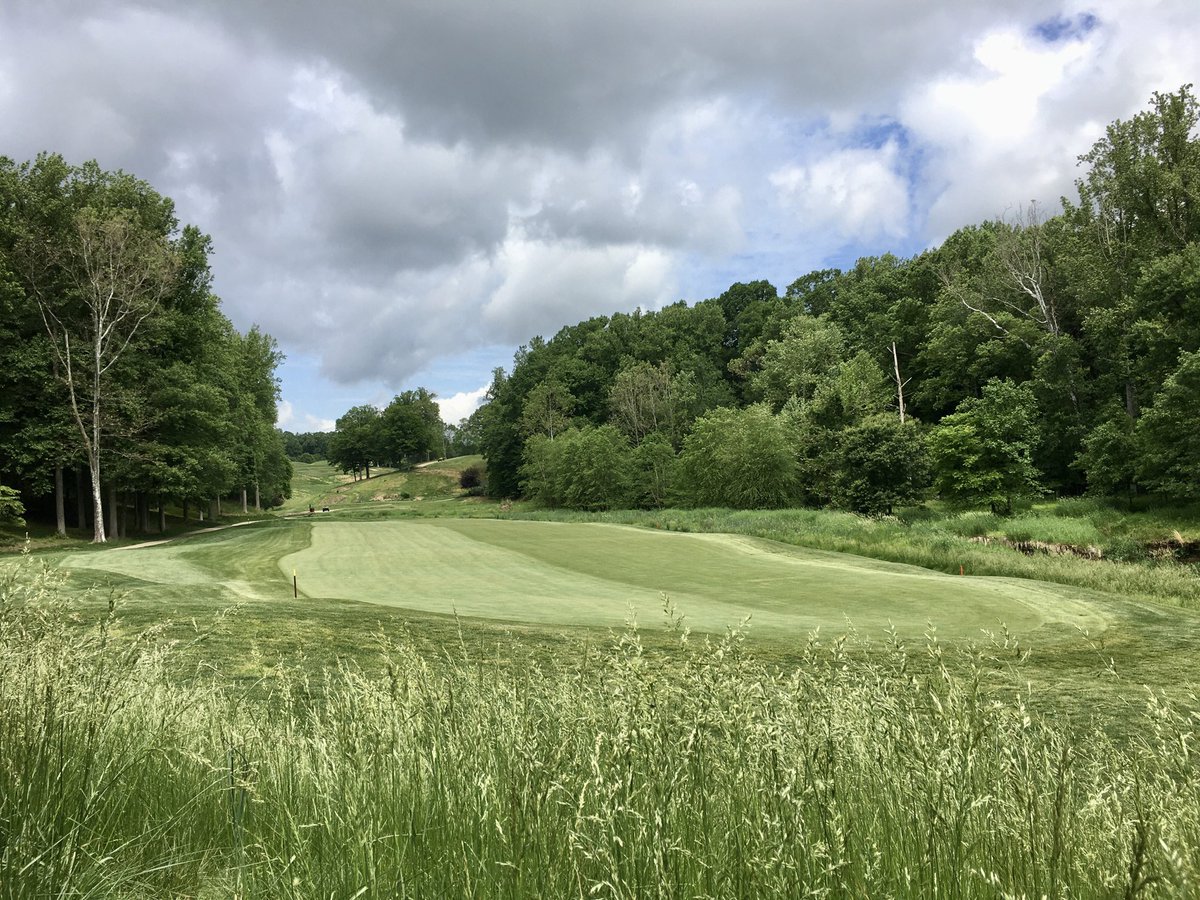 Pre-weekend fairway and rough mow wrapping up. Awesome job by the team this week 👍 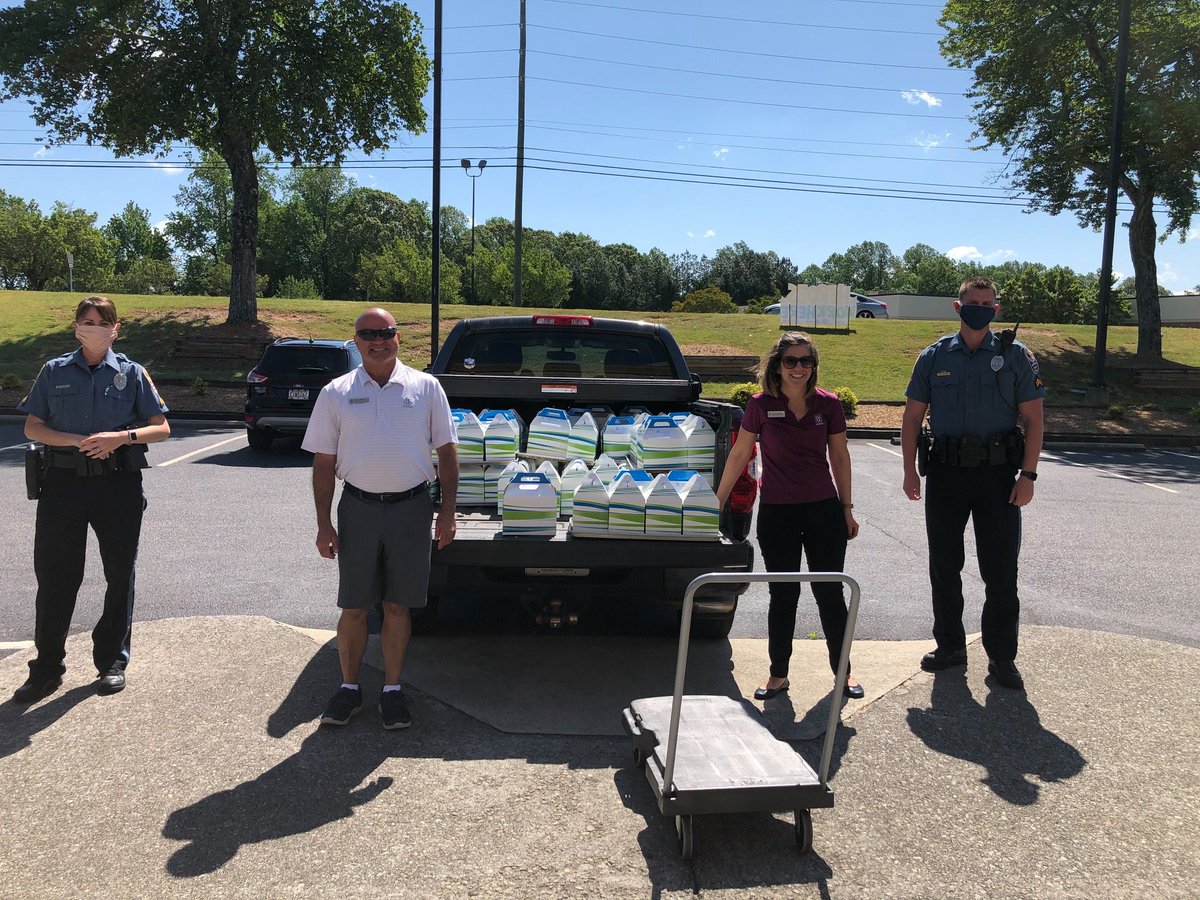 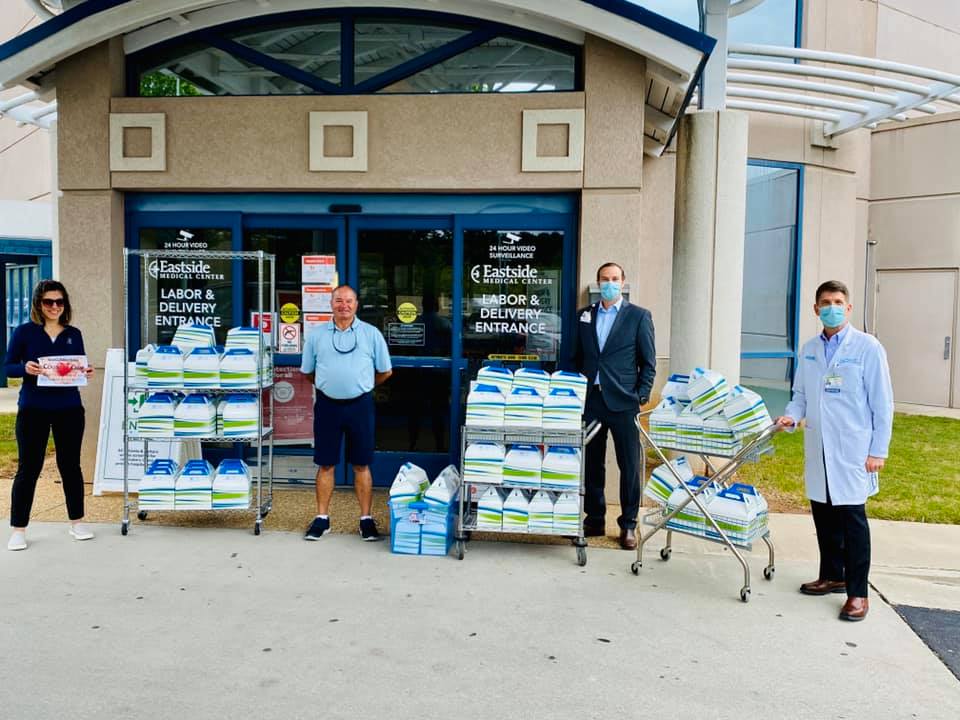 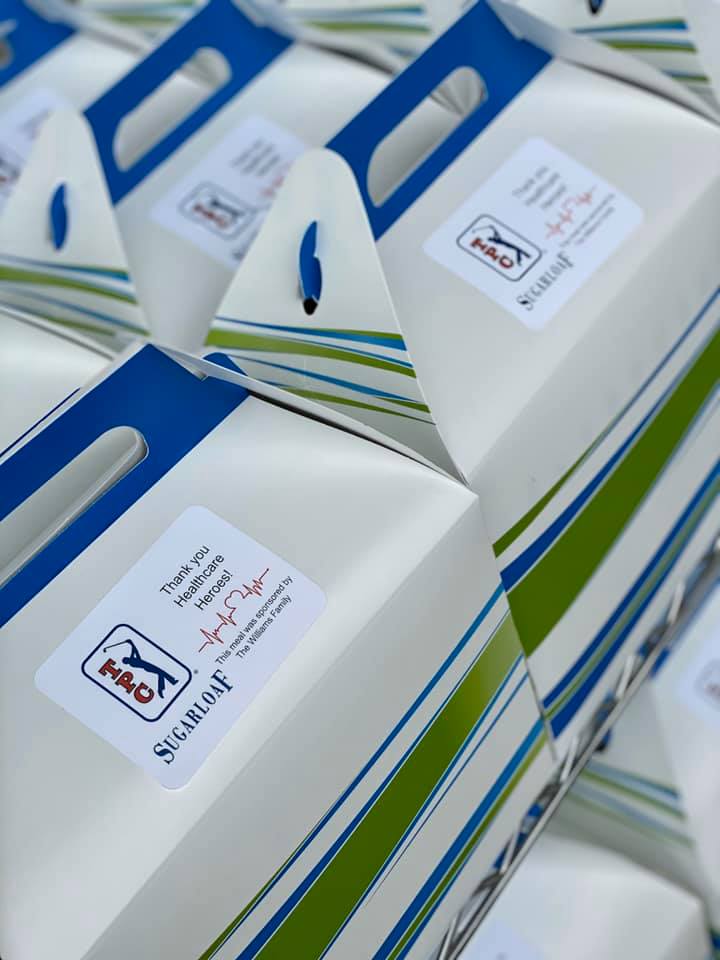 We rise by lifting others. With the assistance of our membership, we were able to donate nearly 1,000 meals to our front line workers. Thank you to all of our generous members! 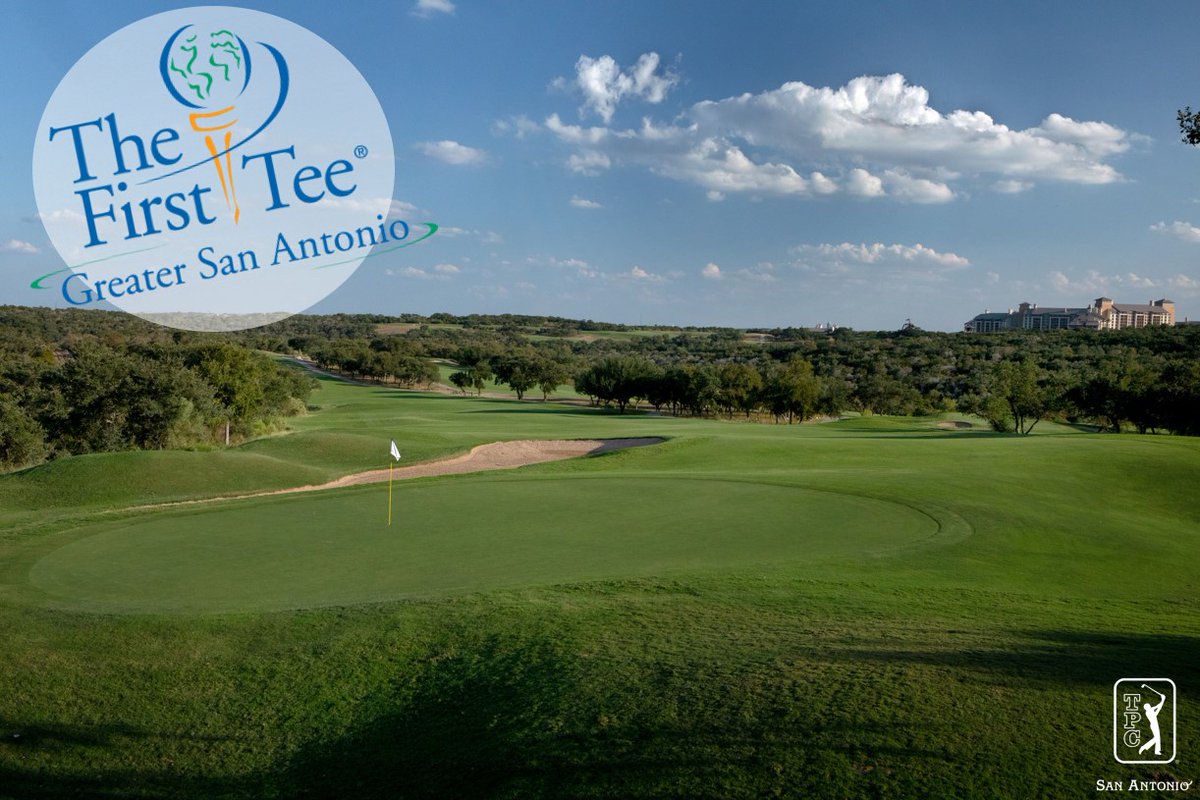 With the @PGATOUR as a founding partner of @TheFirstTee, TPC San Antonio is proud to align with our local chapter by donating 20% of every round booked under this promotion to The @FirstTeeSA. To learn more and book your tee time today, visit https://bit.ly/2XcsbAy.

OPEN ONLY TO LEGAL RESIDENTS OF
THE UNITED STATES, ITS TERRITORIES & POSSESSIONS,
WHO ARE 18 YEARS OR OLDER AS OF ENTRY.

ELIGIBILITY. This promotion is open to legal residents of the 50 United States, its territories and possessions, 18 years of age and older as of the beginning of the Promotion Period. Employees of PGA TOUR, Inc. and its subsidiaries, divisions, affiliates, and agencies and the immediate family members of each (including those residing in the same household) are not eligible. Void where prohibited by law and subject to all applicable laws.

WINNING. Odds of winning are dependent upon the total number of entries received. Prizes will be awarded and winners will be notified by mail and/or e-mail. Winners are responsible for all expenses associated with use of any prize. Gift card prizes are subject to any terms and expiration dates set forth on gift card. Memorabilia is awarded AS IS without any obligation on Sponsor to authenticate or certify authenticity. Activity prizes such as golf or dining may be subject to availability, date restrictions, and other conditions. Winner is solely responsible for all applicable taxes in connection with a prize. Sponsor is not responsible for and will not pay any such taxes. Sponsor reserves the right to substitute a prize of comparable value for any listed prize for any reason. Prizes are not transferable and not redeemable for cash. There is a limit of one prize per person. No more than the stated number of prizes will be awarded.

GENERAL RULES. By uploading any material (photo, video or text), entrants acknowledge and agree that (a) because of PGA TOUR’s position in the sports industry, it receives numerous submission of ideas, formats, concepts, proposals and the like, including photos and videos, and that many submissions and independent projects developed by PGA TOUR may be similar or identical to those developed by fans; (b) PGA TOUR shall not be prohibited from using, and participants shall not be entitled to any compensation for any use by PGA TOUR of, material submitted during this promotion or any similar or identical material, including, without limitation, for PGA TOUR marketing purposes; and (c) PGA TOUR would refuse to accept or otherwise evaluate the material absent participant’s agreement with these terms. Any vulgar or obscene material, including expressing any illegal or unsavory element, will not be eligible. Material may not infringe any copyright, trademark, publicity, privacy, intellectual property or other proprietary right of any third party. Any attempt by any entrant to obtain more than the stated number of entries by using multiple/different email addresses, identities, registrations and logins, or any other methods will void such entries and that entrant may be disqualified. Use of any automated system to participate is prohibited and will result in disqualification. Normal Internet access and usage charges imposed by an entrant’s online service may apply. Sponsor is the official timekeeper for this Promotion. Sponsor reserves the right to modify any dates or deadlines in these Official Rules or otherwise governing the Promotion. Potential winners may be required to sign and return an affidavit of eligibility, liability/publicity release (where legal) within ten (10) days of notification attempt or the prize may be forfeited and an alternate winner may be determined. Return of prize or prize notification may result in disqualification and an alternate winner may be determined. All material submitted becomes the sole property of Sponsor and will not be acknowledged or returned. Acceptance of a prize constitutes permission to Sponsor and its subsidiaries, divisions, affiliates, and agencies to use winner’s name, biographical information, pictures/portraits, likeness and/or voice for purposes of advertising and trade without further compensation, unless prohibited by law. Winners assume all liability for any injury or damage caused, or claimed to be caused, by participation in this Promotion or use or redemption of a prize. By participating in this Promotion, entrants agree to be bound by the Official Rules and the decisions of the judges. All federal, state, local, municipal and provincial taxes are the sole responsibility of the winner. All fees and surcharges on the prizes, if applicable, are the sole responsibility of the winner. Any expense, such as travel, associated with the prize but not specifically listed in the prize description in these Official Rules is the sole responsibility of winner. Winners release Sponsor, its subsidiaries, divisions, affiliates, agencies and any other party associated with the development or administration of this Promotion, and each of their respective officers, directors, members, shareholders, employees, independent contractors, agents, representatives, successors and assigns (collectively, “Sponsor Entities”) from any and all liability for damages, losses or injury resulting from participation in the Promotion or acceptance or use of prize. Sponsor Entities are not responsible for any typographical/other error in printing of Promotion administration/prize announcement materials in connection with this Promotion.

DISCLAIMERS. Sponsor is not responsible for technical, hardware, software, or telephone malfunctions of any kind, lost or unavailable network connections, or failed, incorrect, incomplete, inaccurate, garbled or delayed electronic communications caused by the user or by any of the equipment or programming associated with or utilized in the application/website(s) or the Promotion or by any human error which may occur in the processing of the entries in the Promotion or for any liability for damage to any computer system resulting from participation in, accessing, or downloading information in connection with the application/website(s) or Promotion. In the event of a dispute as to any entry, the authorized account holder of the account used to register will be deemed to be the entrant. Winner may be required to show proof of being the authorized account holder of the account associated with the entry. Proof of entering information via the application/websites does not constitute proof of delivery or receipt of such information. Sponsor is not responsible for the failure of any email or entry to be received by Sponsor on account of technical problems or congestion on the internet or at any website. Sponsor reserves the right in its sole discretion to disqualify any individual who tampers or attempts to tamper with the entry process or the operation of the Promotion or application/website(s); violates the Official Rules; or acts in an unsportsmanlike or disruptive manner, including with intent to annoy, abuse, threaten or harass any other person. Sponsor’s failure to enforce any term of these Official Rules shall not constitute a waiver of that provision. If, for any reason, the Promotion is not capable of running as planned, including infection by computer virus, bugs, tampering, unauthorized intervention, fraud, technical failures, cancellation, or incompletion of one or more tournaments, or any other causes beyond the control of Sponsor which corrupt or affect the administration, security, fairness, integrity, or proper conduct of the Promotion or application/website(s), then Sponsor reserves the right in its sole discretion to cancel the Promotion and determine the applicable winners from among all eligible entries received prior to cancellation. SPONSOR MAKES NO WARRANTIES, REPRESENTATIONS OR GUARANTEES, EXPRESS OR IMPLIED, IN FACT OR IN LAW, AS REGARDS THIS PROMOTION OR THE MERCHANTABILITY, QUALITY OR FITNESS FOR A PARTICULAR PURPOSE REGARDING ANY PRIZE. CAUTION: ANY ATTEMPT BY AN ENTRANT TO DELIBERATELY DAMAGE THE WEBSITE OR UNDERMINE THE LEGITIMATE OPERATION OF THIS PROMOTION MAY BE A VIOLATION OF CRIMINAL AND/OR CIVIL LAWS, AND SHOULD SUCH AN ATTEMPT BE MADE, SPONSOR RESERVES THE RIGHT TO SEEK REMEDIES AND DAMAGES (INCLUDING WITHOUT LIMITATION ATTORNEYS’ FEES) FROM ANY SUCH ENTRANT TO THE FULLEST EXTENT OF THE LAW, INCLUDING CRIMINAL PROSECUTION.

APPLICABLE LAWS & JURISDICTION. This Promotion is subject to all applicable federal, state, provincial, territorial, municipal, and local laws and regulations. Issues concerning the construction, validity, interpretation, and enforceability of these Official Rules shall be governed by the laws of the State of Florida. All disputes arising out of or connected with this Promotion will be resolved individually, and without resort to class action, exclusively by a state or federal court located in Duval County, Florida. Should there be a conflict between the laws of the State of Florida and any other laws, the conflict will be resolved in favor of the laws of the State of Florida. All judgments or awards shall be limited to actual out-of-pocket damages (excluding attorneys’ fees) associated with participation in this Promotion and shall not include any indirect, punitive, incidental and/or consequential damages.

PRIVACY & PERSONAL INFORMATION. Personal information collected from entrants will be used by Sponsor for the purpose of administering the Promotion and to provide entrants with information relating to products, services and promotions of Sponsor and affiliates of Sponsor, subject to an option to opt-out of such communications. Sponsor shall not sell, share, or otherwise disclose personal information of entrants with third parties other than to third parties engaged by Sponsor to fulfill the above purposes or as otherwise consented by the entrant. To view Sponsor’s Privacy Policy, visit www.tpc.com/privacy-policy.

SPONSOR. This Promotion is sponsored by the Sponsor PGA TOUR Golf Course Properties, Inc. who can be contacted regarding this Promotion by writing to 12 Days of Golf Cheer 2018, c/o PGA TOUR, 100 PGA TOUR Boulevard, Ponte Vedra Beach, FL 32082.

This Promotion is in no way sponsored, endorsed or administered by, or associated with Facebook®, Twitter, or Instagram. You understand that you are providing your information to PGA TOUR Golf Course Properties, Inc. and not to Facebook, Twitter, or Instagram. The information you provide will be used to contact you with future Sponsor selected communications and in the event you are selected as a potential winner.

This website uses cookies to optimize site functionality and give you the best possible experience. Learn MoreAllow CookiesDecline