Less than two months until THE PLAYERS Championship at TPC Sawgrass 👏👏 ...

Everybody in the club gettin' tips ...

Welcome back and thank you, Chef David 🇺🇸⛳️In what has become an annual tradition, Executive Chef David Trevelino fed the troops for Christmas and New Years. This year, David fed sailors and families of the USS Topeka in Guam.

Without the support from TPC Potomac members, this effort would not be possible. Thank you members and thank you Chef David!

No more excuses, 2020 is the year for your best golf game yet.

I accept this as my new years resolution! Who's with me???

We love you, Chef David! 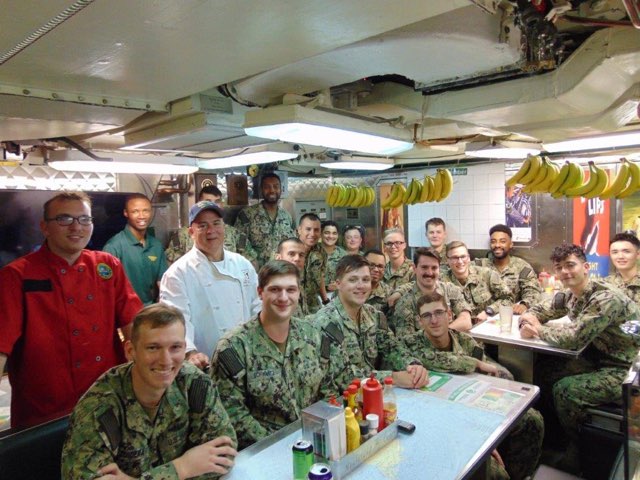 Chef David has returned from his annual visit to our service members. This year, David visited the USS Topeka in Guam to feed sailors and their families for the Holidays. Thank you to TPC Potomac members that contributed to this great cause! Thank you Chef David! #tpcpotomac 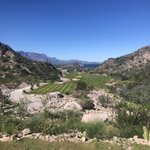 This is how we prefer to spend our Sundays ☀️🏌🍻️
📷 @GabrielAluisy 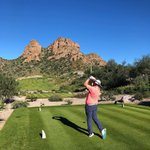 Golf world lost a great friend today in Pete Dye. First met Pete when I was 16 years old. Pete was 30 and we played an exhibition with Sam Snead in Urbana, Ohio. We became friends; we played a lot of golf together; and we designed courses together...
📷Jim Mandeville @NicklausCo 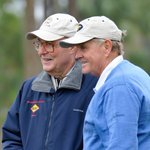 There was no mistaking Pete Dye’s courses. He was incredibly talented and imaginative when designing them and as a result, all of them were built tough. I’m saddened to hear of his passing. He will be missed. 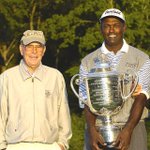 PONTE VEDRA BEACH, Fla. (July 11, 2016) – The PGA TOUR’s TPC Network, a collection of 34 premier private, resort and daily fee properties designed by some of golf’s most notable architects, continues its leadership role in the golf industry in areas that serve as pillars to the organization’s founding principles, including charitable giving, expansion of programming designed to grow the game and recognition for excellence.

Established with the mission of building and maintaining golf facilities to host PGA TOUR events, the TPC Network continues to support fundraising efforts by providing rent-free venues for tournaments, allowing more money to go to various charitable causes supported by the PGA TOUR. Additionally, TPC Network properties support charities and foundations through their own fundraising events. In the first half of 2016, TPCs raised nearly $545,000 for national charities such as Birdies for the Brave and The First Tee, as well as benefitting local nonprofit organizations “adopted” by individual clubs in order to make a difference in their respective communities. For example, TPC River’s Bend hosts the annual Think Pink Cure Golf Tournament benefitting the Mary Jo Cropper Family Center for Breast Care, a former member who lost her battle to the disease in 2011. Another example stems from TPC Twin Cities, where a group of 60 philanthropic women called TPC Rose raise money through golf to support local nonprofits.

“Giving back to local communities is part of the foundation of the TPC Network,” said Senior Vice President of TPC Operations, John Hugghins. “We are privileged to play a role in the PGA TOUR’s charitable giving efforts, which continue to grow year after year. This year, 19 TPC courses host tournaments across the PGA TOUR, PGA TOUR Champions, Web.com Tour and PGA TOUR Latinoamérica, and contributions are trending up. It’s exciting not only because we’re helping to make a positive impact for those in need.”

In addition to a steadfast commitment to service, efforts to grow the game are also on the rise within the TPC Network. Since 2014, TPC Network clubs have hosted more than 15 qualifiers for Drive, Chip and Putt. Youth participants get a taste of what it’s like to compete on the same courses as their favorite TOUR players, leaving a lifelong impression.

Another major development for youth arose from an existing relationship with Southern Nevada Junior Golf Association (SNJGA), as TPC Las Vegas became the first course in Nevada to participate in the national Youth on Course Program. This initiative encourages youth involvement by offering affordable $5 rates all summer long. Other TPC courses have initiated their own programming designed to reach youth, and since 2013, TPC Network clubs have fielded more than 25 teams for PGA Junior League.

Positive experiences at TPC properties are also reflected in significant awards and accolade recognition. Recent highlights include: four TPCs recognized among “America’s 100 Greatest Public Golf Courses” by Golf Digest, nine “Best State-by-State Courses You Can Play” by Golfweek, six qualifying as “Top 50 Public Courses in the US” by Golf Channel’s Golf Advisor and 12 Platinum Awards for clubs boasting the nation’s best golf shops by the Association of Golf Merchandisers (AGM). Since expanding internationally, both Latin American courses to join under the TPC banner have been recognized by Golf Digest as being among the best golf courses in their respective countries – TPC Cartagena in Colombia and TPC Dorado Beach in Puerto Rico.

Furthermore, all of the PGA TOUR’s owned and operated TPC properties are proud certified members of the Audubon Cooperative Sanctuary Program for Golf, reflecting a commitment to uphold environmental excellence and sustainability in golf course operations. To receive this certification, courses must uphold environmental excellence in golf course operations, practicing sound land management and conservation. There are only 910 courses in the world sharing this honor.

About the TPC Network

Owned, operated, and licensed by the PGA TOUR, the TPC Network is comprised of 34 premier private, resort and daily fee golf properties designed by some of golf’s most elite architects. Twenty of the clubs are operated by affiliates of PGA TOUR Golf Course Properties, Inc. Each TPC has hosted or has been designed to host TOUR-sponsored golf tournaments. Since TPC Sawgrass first opened its world renowned PLAYERS Stadium Course in the fall of 1980, TPCs have provided the PGA TOUR with rent-free venues for tournaments, helping to boost championship golf purses and increasing charitable donations to grass roots non-profit organizations. At the same time, TPCs have provided recreational golfers with the unique opportunity to test their skills on the same layouts where the world’s best golfers compete.

TPCs are known for their history of hosting PGA TOUR-sponsored golf tournaments, their outstanding conditioning and amenities, as well as a commitment to environmental excellence. The TPC Network is also distinguished by its unwavering commitment to further the PGA TOUR’s “Together, anything’s possible” giving back mission through support of charitable and community-based programs. For more information, please visit www.tpc.com. For the most up-to-date news, follow the TPC Network on Twitter (@PlayTPC), Instagram (@PlayTPC) or Facebook.com/TPCNetwork.